Dawn Higginbotham has an extensive resume that includes everything from P.A.ing on James Cameron’s Titanic to collaborating, writing and/or producing feature films like Off the Ledge, Diamonds and Guns and Night of the Templar. But her film The Usual is her directorial debut.

And now The Usual is going to the Cannes International Film Festival, an invitation-only festival that is one of the most prestigious and highly-regarded in the world. 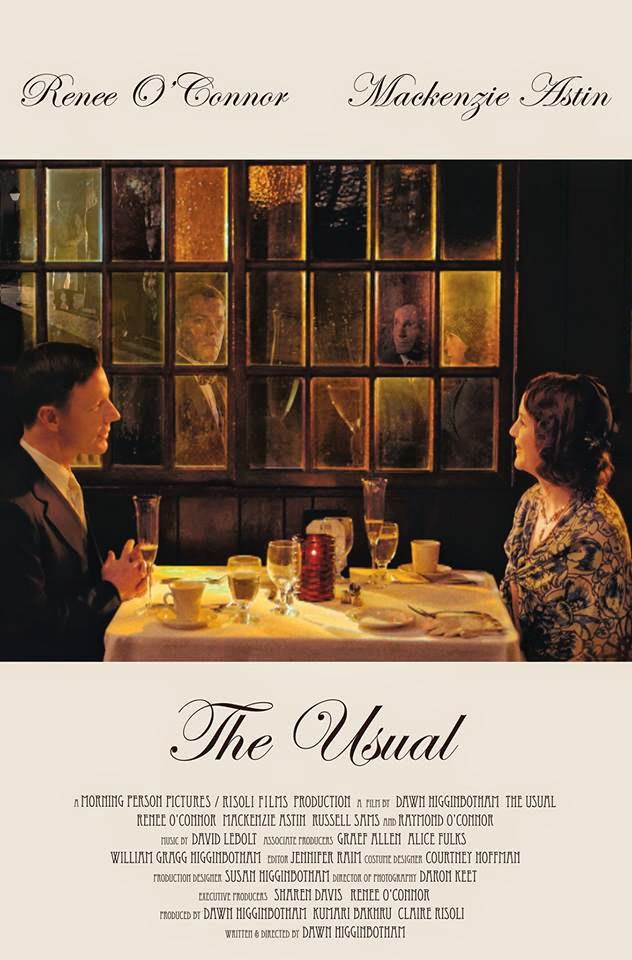 Dawn had a hot minute to talk with me about the film, all the attention it has garnered, and of course, what’s next.

You’ve worked on films in a million different capacities, but never as a director. Why did you decide to add directing to your repertoire of skills?

It’s never been my passion to direct, I’m more of a writer, but this particular story I was very passionate about and very connected to… and I just felt the urge to do it! 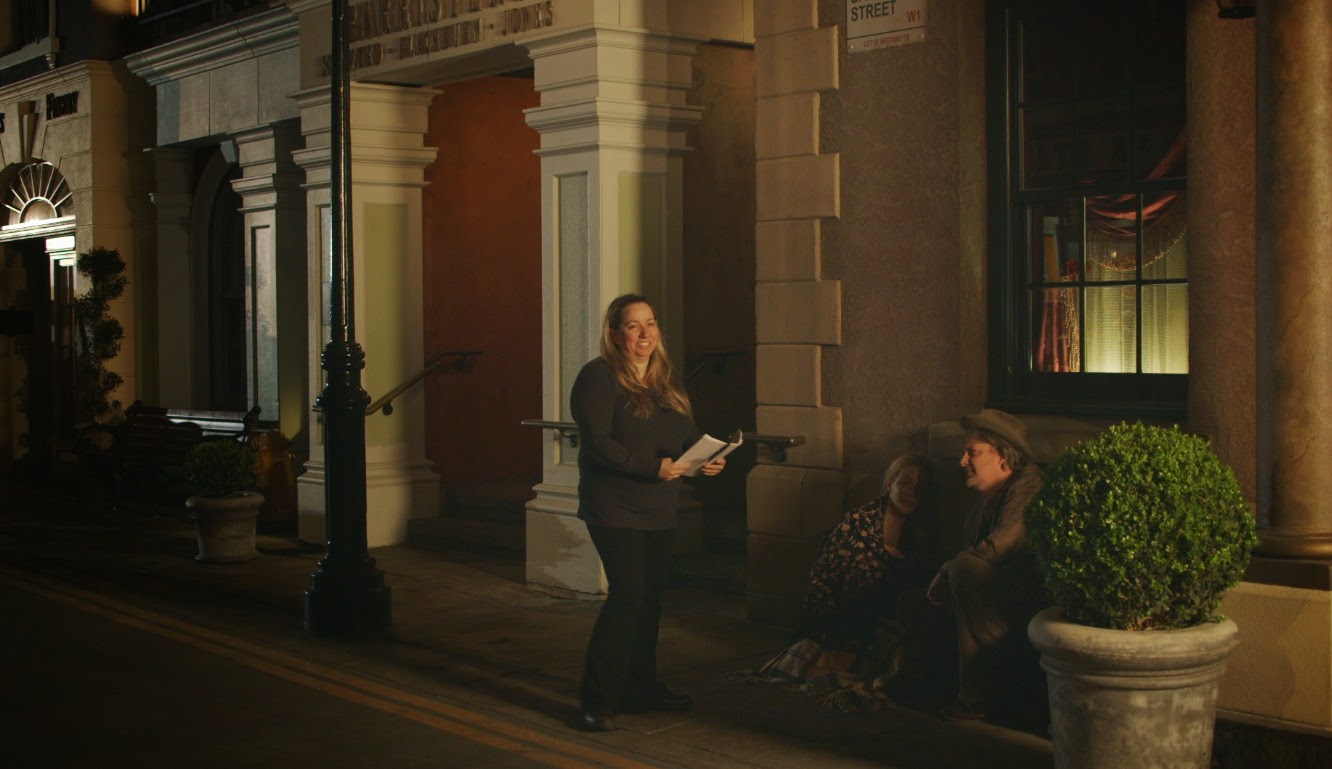 What did you find most challenging about directing?

Well, I’m used to producing! I work with director/producers a lot and I’m used to getting them what they need, but in this capacity I had to act as producer and director. I had an incredible team and would not have been able to pull it off with out them, but it was still a challenge to put the producer stuff aside while I was directing.

You had an impressive cast with you on this one! Renee O’Connor, who starred in your film Diamonds and Guns, plays Mrs. Ford, and Mackenzie Astin, who has guest-starred in everything from Lost to Scandal, plays her husband Mr. Ford. Can you talk about your process in directing them?

With Renee, I’ve known her for several years and I felt very comfortable working with her. She gave me the gift of being supportive and really sitting down and talking out the script and the story with me. We spent a good couple of days talking about the background of the character, which was wonderful. She brought a lot of ideas for the character to the project, and I think that’s part of the actors’ process to develop who they are, and who their character is. It was meaningful that she trusted me. 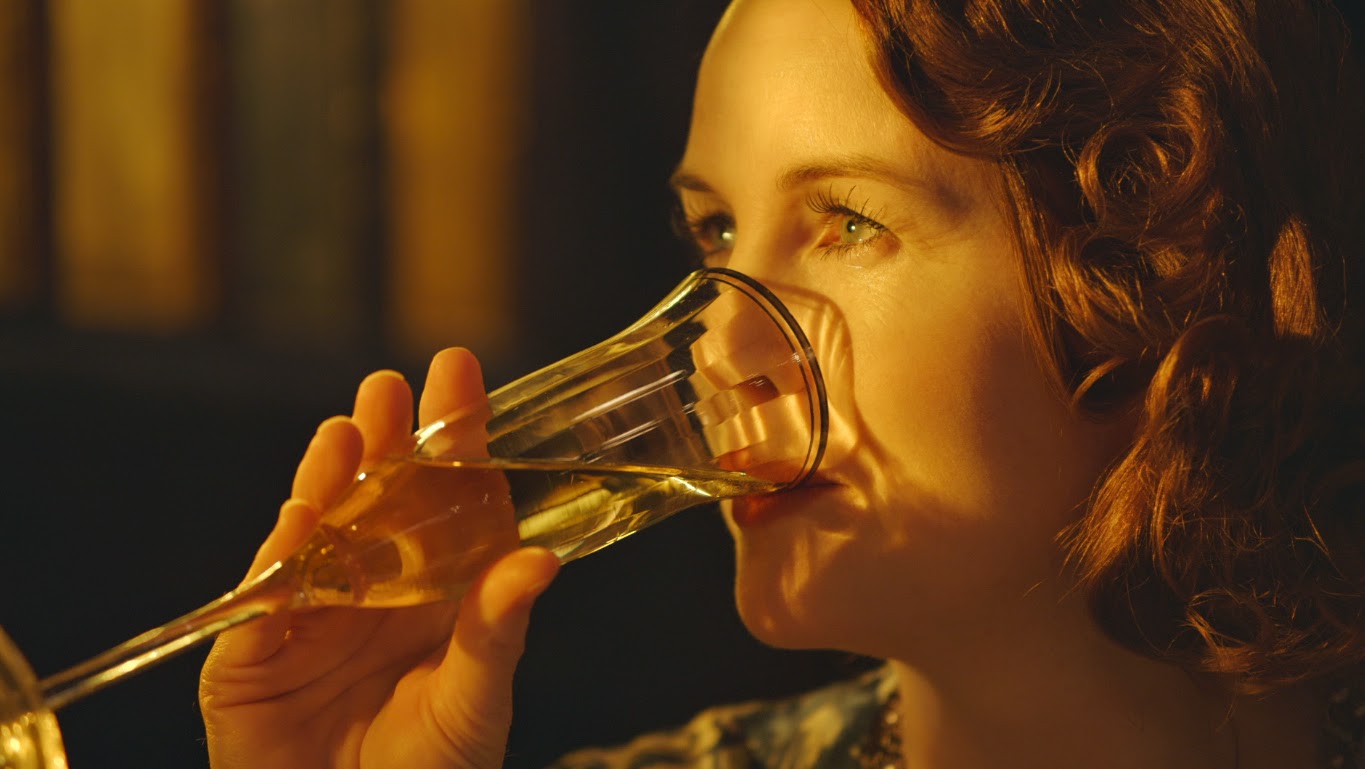 With Mackenzie, I didn’t know him going into this process at all and it was a unique experience because he came on the project two days before we were going to shoot. Andrew Pinon introduced us and got the script to Mackenzie. He connected with the material immediately and came in guns blazing. We spoke in detail about the character, his relationship with his wife, and just the period and the economics of it all. 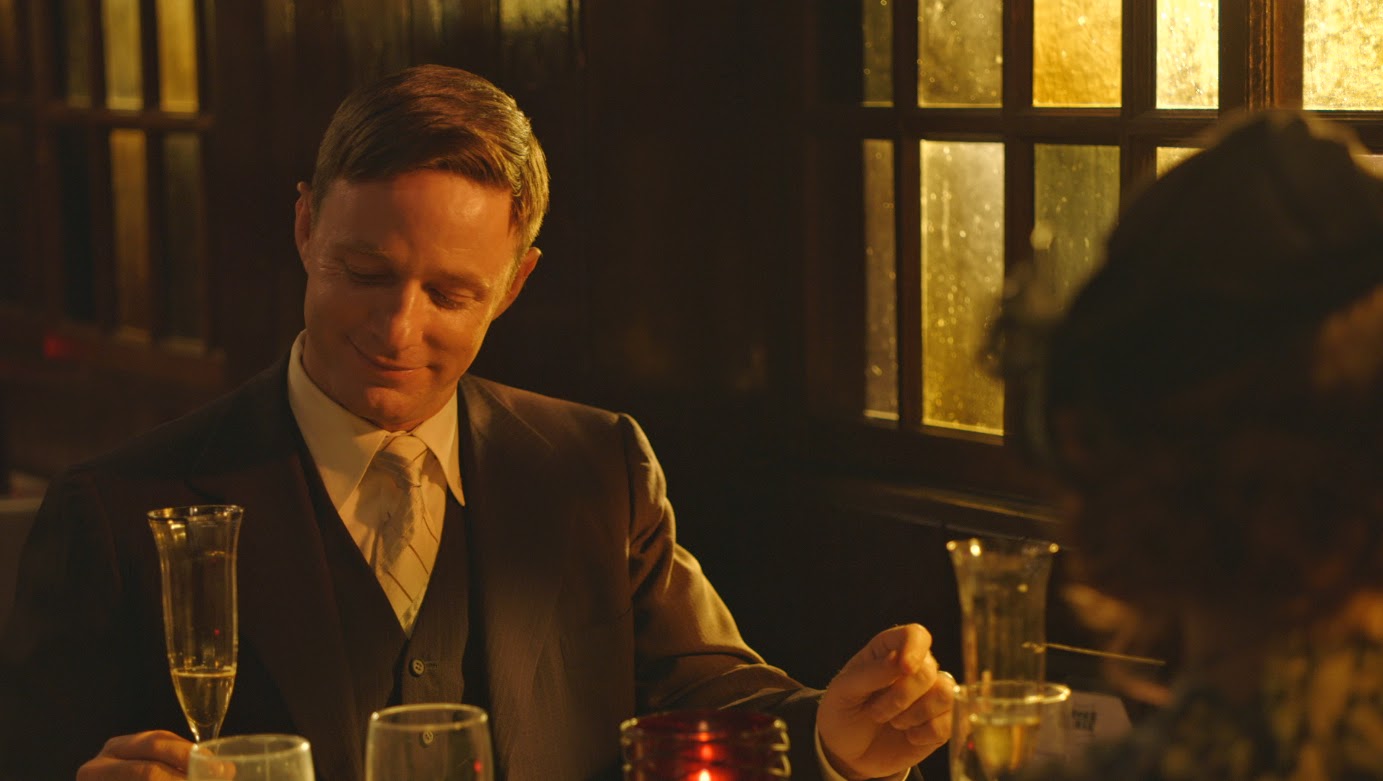 And Mackenzie and Renee had never met, they never got a chance to read through the script together, and they came prepared. They showed up on set and the minute they got there they started running lines together, building that connection, getting to know each other. It just went beautifully, I could ’t have asked for anything better.

What is the most important thing to know when you’re on a film set?

Be prepared. The more prepared you are ahead of time, the better your shoot is gonna go. If people show up and try to wing it, it goes really badly. If you don’t have the time to develop and prepare and have all your ducks in a row, don’t do it. I have a strong belief in getting it done and making it happen, but there’s a good deal of preparation. Believe in the possible, but make it realistic as well. 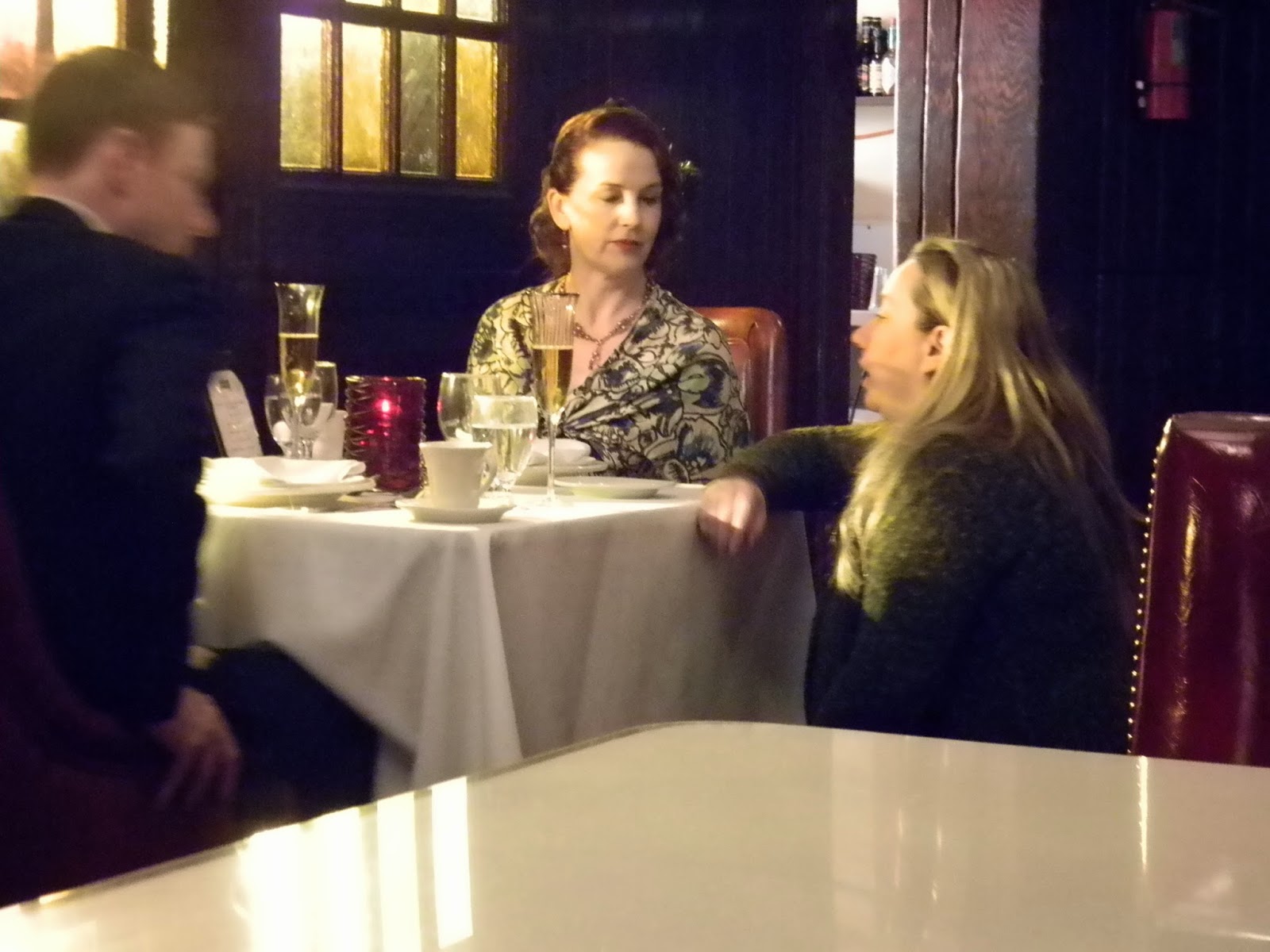 The Usual is a period piece set during the Great Depression. What kind of research did you do during the writing process and pre-production?

I did a lot of online research, archival research going through historical video and archived video, which I actually use some of in the film. My mom helped do research for the set dressing. She did research on 1930’s design and how place settings were done at tables. I worked with Sharon Davis, who is an Oscar-nominated costume designer, and Courtney Hoffman, who is the costume designer on The Usual. Sharon designed Django Unchained, The Help, and she's done numerous period pieces and offered up tons of advice.

In a world where most of our entertainment is brash, sarcastic, or violent, you made a film about the effects of kindness. Bold choice, dude. What was the reasoning behind it?

You know, it’s interesting. I get different feedback from people, and some feedback has been, “Well, it’s not controversial, so why should I watch it?” And it’s not a punch in the face, it’s very subtle with a simple message. I wanted it to be thought-provoking, and I believe that it has been. People go away thinking about it, considering the different aspects of it, paying the message forward, even crying, so I feel like it’s been pretty successful. There were so many horrible things going on when I wrote this. Violence, news reports of awful things going on in the world. I wanted to say something positive and hopeful, to put something hopeful out there in the world. Say something about kindness to your fellow human beings. 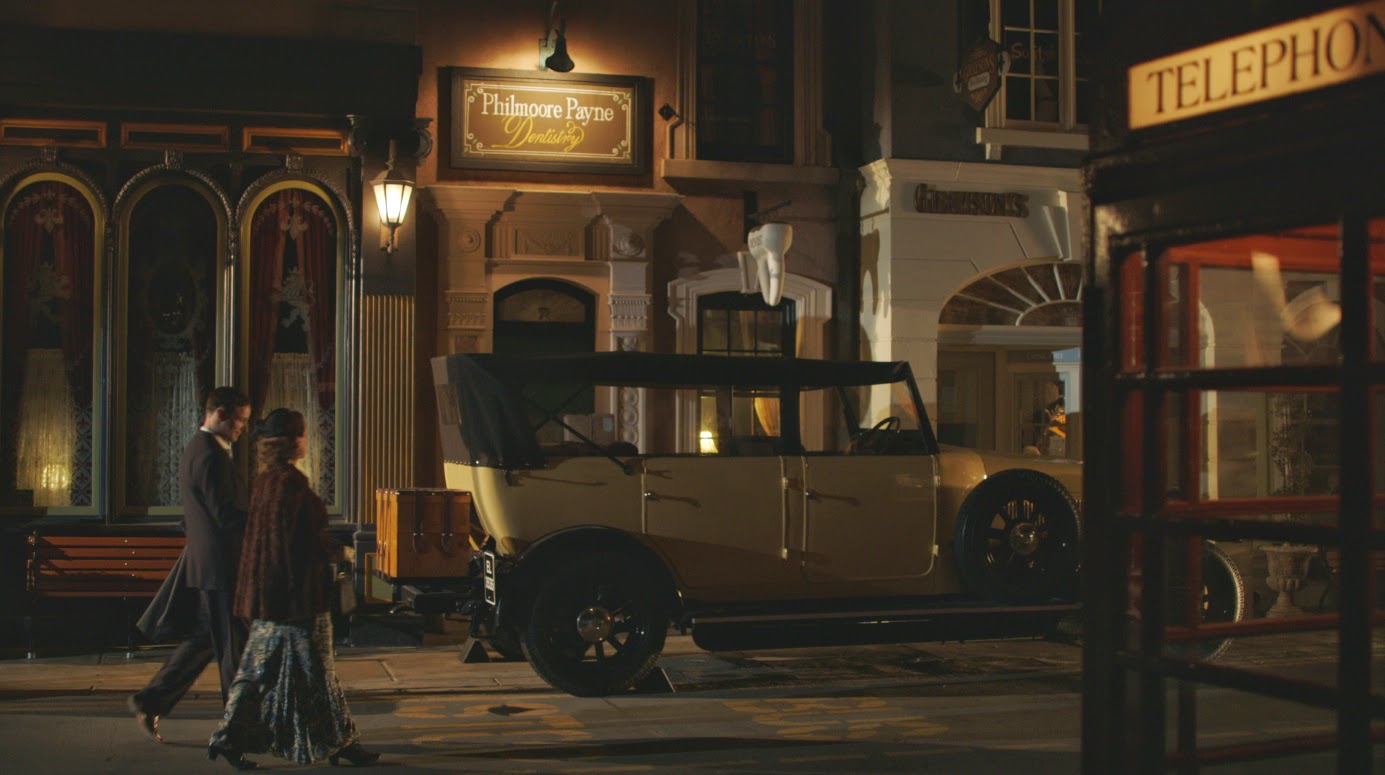 Your film has been selected for the Cannes Festival in France. Holy Moly. Can you talk about what getting that call was like?

I kind of didn’t believe them. I asked them to repeat themselves a couple of times. We’re in competition at the American Pavilion Emerging Filmmakers Showcase at Cannes, and we’ll also be playing a part of Short Films Corner at Cannes.
The representative called me from the Emerging Filmmakers Showcase at Cannes local offices in Los Angeles, I just thought, “Okay, it’s an organization that’s affiliated with Cannes somehow but you play in LA?” And she was like, “No dear you’re going to Cannes.” And I was like, “Cannes, Michigan? Cannes, Ohio?” And she was like, “No, you’re going to France!”

Wow! So, what next, hot stuff?

We just finished a shoot on The Hub, which is a sizzle reel for a pilot we’re pitching currently. We’ve been out for meetings for various other projects in TV and film. We’re sussing out what the next hit is going to be. We have our passion projects. My producing partner at Cordova Pictures and I are looking to move forward on Passing Through, which is a Little Miss Sunshine kind of film. In between that, we’re shooting everything we can! 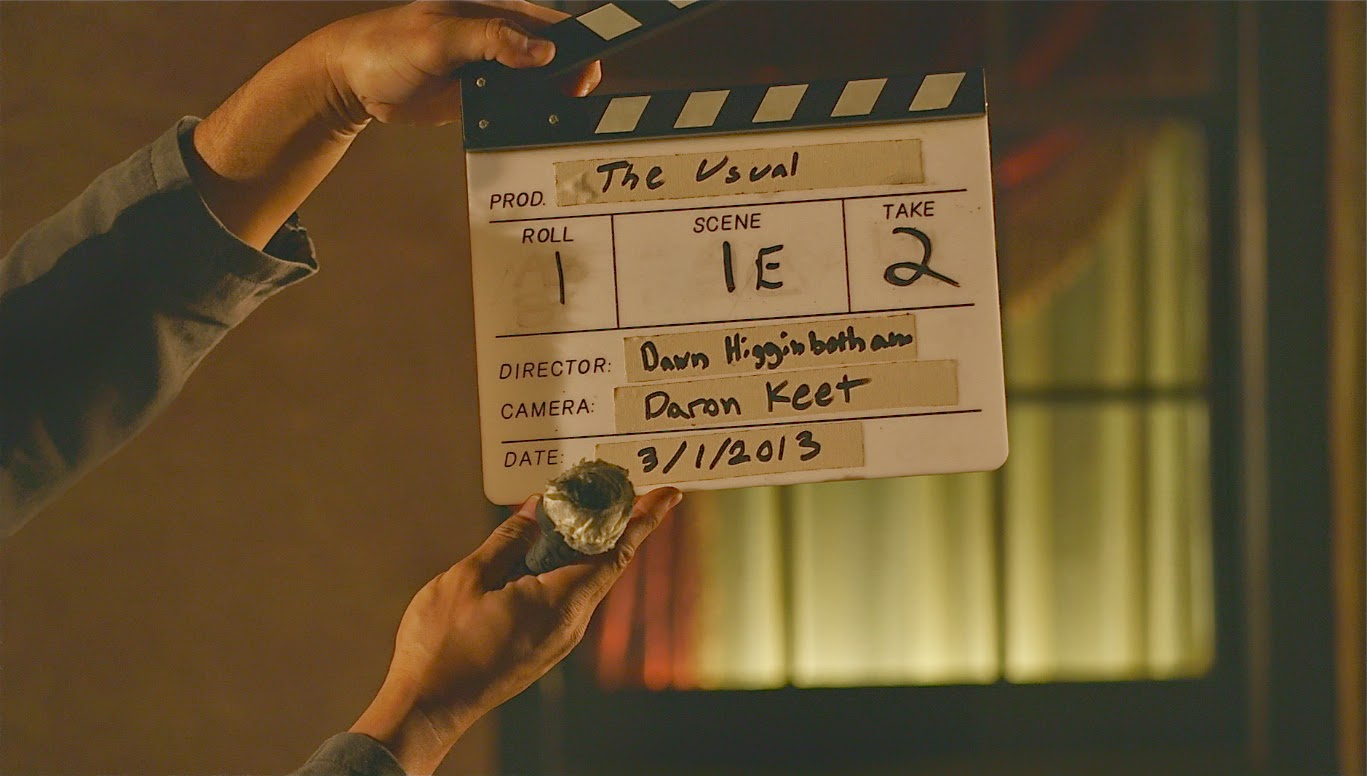